On the occasion of the national day of the People’s Republic of Bangladesh, I send you, on behalf of myself and the people of France, my warm congratulations.

Bangladesh is celebrating the fiftieth anniversary of its declaration of independence on March 26. This important date in the history of a young and promising State was made possible thanks to the admirable courage of the Bengali people to defend their cultural heritage and freedom at the call of the Father of the Bangladeshi Nation.

Undoubtedly, the late President Sheikh Mujibur Rahman, whose 100th birthday we have just celebrated, would have been proud of the achievements of the Bangladeshi nation.

Bangladesh indeed deserves our admiration for the progress made in economic and human development, including in the context of the COVID-19 pandemic. The Bangladeshi government and people have shown their generosity by welcoming the Rohingyas forced to flee, once again, Myanmar in 2017. Your country has asserted itself as a responsible power : it is the main provider of troops for the peacekeeping operations in the world ; it defends multilateralism and the norms of international law ; it is committed to the defense of the environment and access to essential global public goods, such as health.

In 1971, André Malraux called on the world to support the freedom of the Bengalis. Half a century later, Bangladesh can be proud of its achievements, and France remains ready to best meet its needs in the areas of the environment, energy, telecommunications, the blue economy and sovereignty in matters of defense and security, in the spirit of an inclusive, open and secure Indo-Pacific space.

Renewing my congratulations to you and the people of Bangladesh on the fiftieth anniversary of your country, please accept, Sir, the expression of my highest consideration. 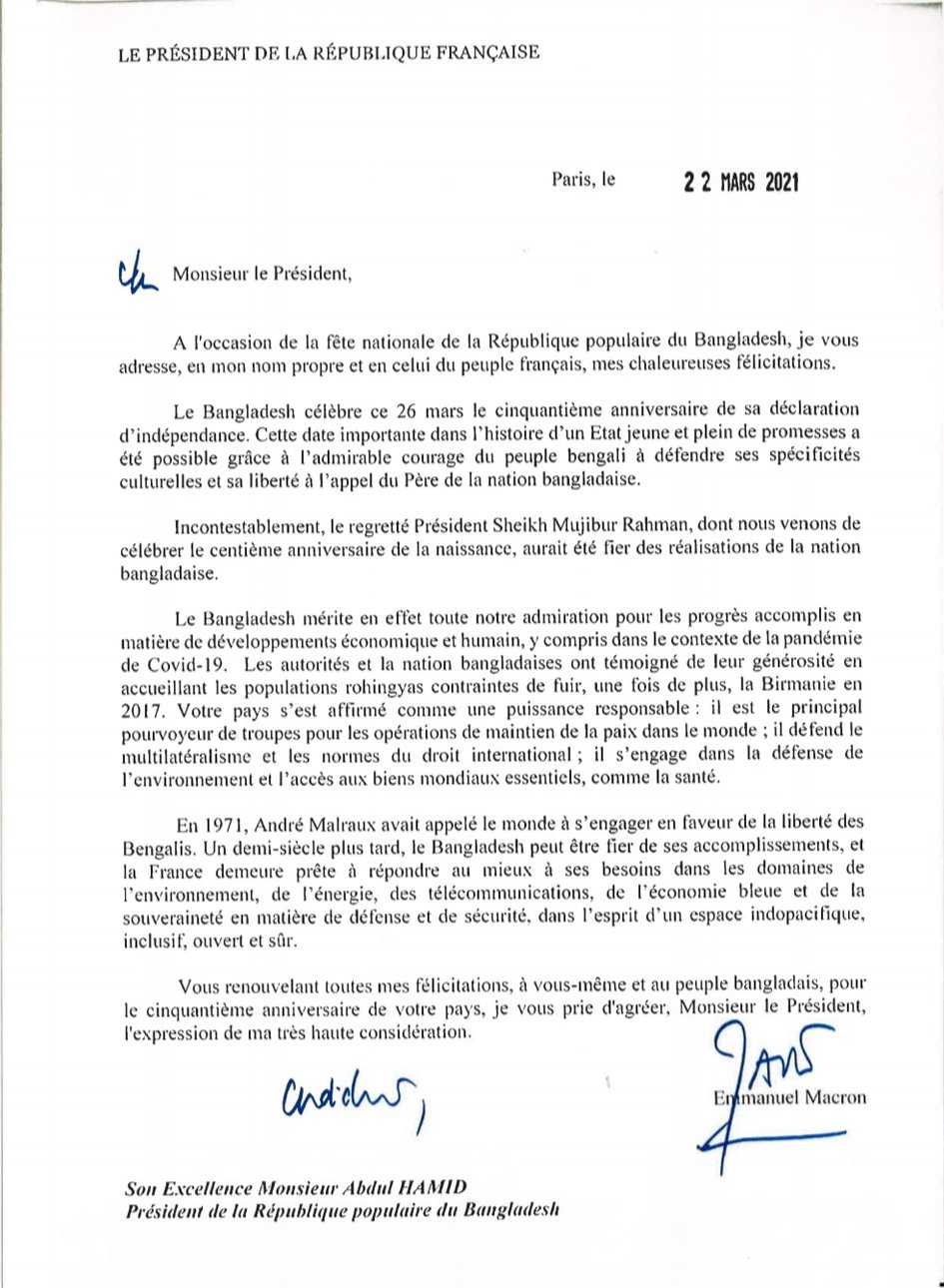