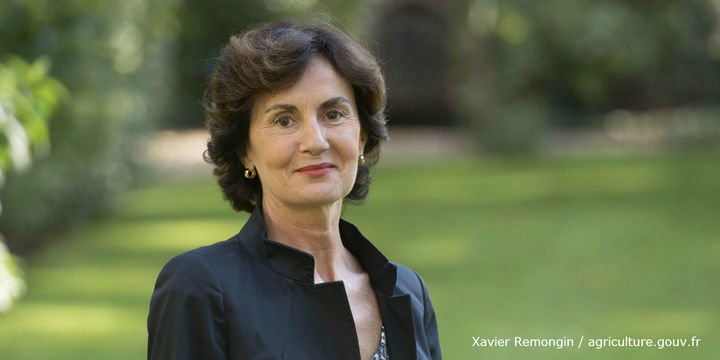 France is submitting the candidacy of Ms Catherine Geslain-Lanéelle for the position of Director-General of the Food and Agriculture Organization (FAO) of the United Nations. Ms Geslain-Lanéelle, 55, is an engineer in agronomy, former Director-General of the French Ministry of Agriculture and Food and former Executive Director of the European Food Safety Authority (EFSA). She is the European Union’s sole candidate, following the decision adopted on 15 October 2018 by the Council of the European Union. In-depth knowledge and recognized leadership

Ms Geslain-Lanéelle has recognized leadership skills and has proven her ability to manage complex and large-scale organizations operating in a multicultural environment, as well as high-level professional experience in the fields of food systems, rural development and food security, both in France and in Europe. She has held high-ranking positions at the French Ministry of Agriculture and Food, going from head of international exchanges (food aid and international cooperation), to Director-General for Food and finally Director-General for the economic and environmental performance of businesses. At European level, having worked at the European Commission as an expert on food safety for consumers, she then led the European Food Safety Authority (EFSA) for over seven years.

Throughout her career, Catherine Geslain-Lanéelle has used her strong scientific and technical expertise of agriculture, fisheries, forestry, rural development, food systems and nutrition to design and implement public agricultural and food policies at national, European and international levels. For almost 20 years, she has therefore shaped France’s policies and led major international initiatives such as the creation of the “4 per 1000: Soils for food security and climate” initiative. Ms Geslain-Lanéelle has also sat on numerous European and international committees including the Codex Committee on General Principles.

In each mission, she has shown excellent communication skills backed up by her personal qualities, interpersonal skills and diplomatic talent at all levels including ministerial level. She has established fruitful working relations with numerous international organizations and forums particularly the FAO, WHO, WTO, OECD, the G7 and G20 and the Rapid Response Forum of the Agricultural Market Information System (AMIS).

Since its creation, the FAO has helped reduce food insecurity and malnutrition, but in recent years, hunger has once again begun increasing in the world. Ms Catherine Geslain-Lanéelle is determined to give new momentum to the FAO and its work in order to meet UN commitments to eradicate hunger by 2030, to reduce poverty, to strengthen rural development and to sustainably transform our food systems. It is urgent to unite all member countries and all partners around a shared and renewed vision to consolidate the work of the FAO for a world free of hunger and malnutrition.

To do this, the our candidate is committed to scaling-up cooperation and synergies with other UN organizations, especially the IFAD, WFP, and WHO, and strengthening cooperation with scientific and technical bodies and all relevant actors.

Ms Catherine Geslain-Lanéelle will also advocate for the FAO to play its full role as a benchmark global organization in the area of food and nutritional security, drawing on strong and recognized technical and scientific knowledge. The organization can thus use its expertise to promote more relevant policies, the capacity-building of governments who so wish, and technical cooperation activities tailored to specific needs. Food security and contributions to the agricultural sector, fisheries and forestry are not only essential to feed humans but also to create decent jobs in rural areas, strengthen the role of women and young people, eradicate poverty and preserve the planet. To do this, the candidate will work to expand investment in research, innovation, education, training, infrastructure and knowledge.

Against a backdrop of climate change and many conflicts, Ms Catherine Geslain-Lanéelle will work to ensure the FAO is at the forefront of providing solutions so that everybody, wherever they live, can have access to healthy, safe and sustainably produced food, which is a prerequisite for a fairer and more stable world.