Home > News Corner > Other news and events > Training course on Operational Management and the command of the relief (...)

Training course on Operational Management and the command of the relief Operation and CBRN (Chemical, Biological, Radiological and Nuclear) Crisis Management - 23-27 June, 2019, organized by the Embassy of France in Bangladesh at the Bangladesh Fire Service & Civil Defence Directorate 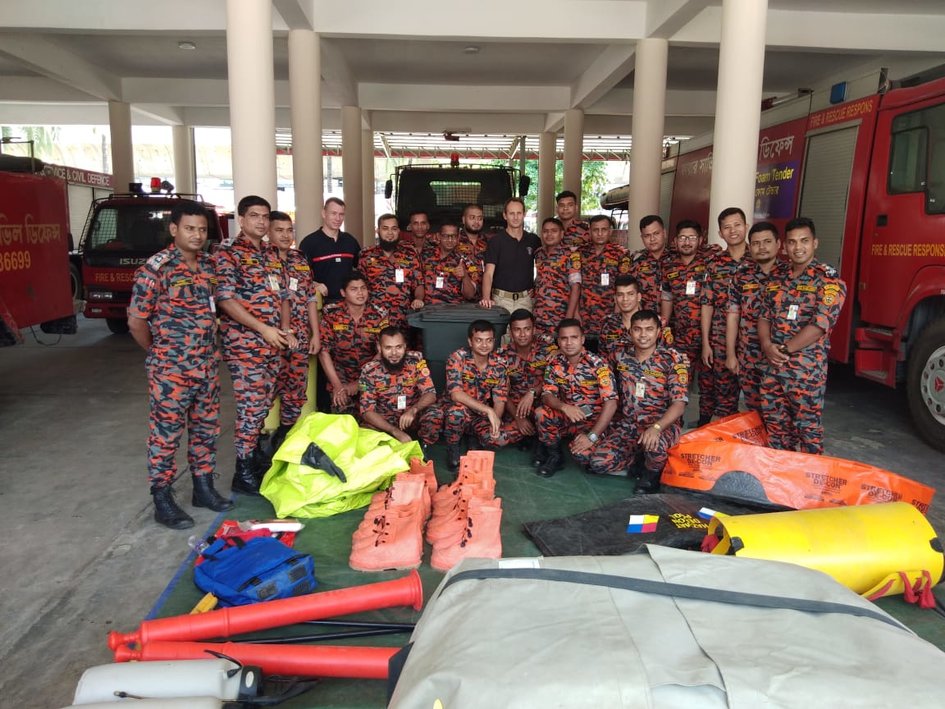 The Embassy of France along with the French defence attaché in New Delhi has organized a 5 days training course on Operational Management and the command of the relief Operation and CBRN (Chemical, Biological, Radiological and Nuclear) Crisis Management - 23-27 June, 2019, at Bangladesh Fire Service & Civil Defence directorate.

During a first seminar, which took place in June 2018, the French mission has tried to better understand the organization, the missions and the operational level of the FSCD. They noted that there are weaknesses in terms of operational command and coordination of means as the FSCD was lacking resources and specific training.

Recent events show that Bangladesh is regularly confronted with major disasters of all kinds. The press recently reported several cases of major fires in the capital having resulted in a heavy human toll. The rules of prevention in the ERP as in the residential buildings are not respected at all. At the same time, Bangladesh is highly exposed to chemical risks, particularly in the capital, which has a highly industrialized suburb. Firefighters have several times alerted the public authorities about this specific risk.