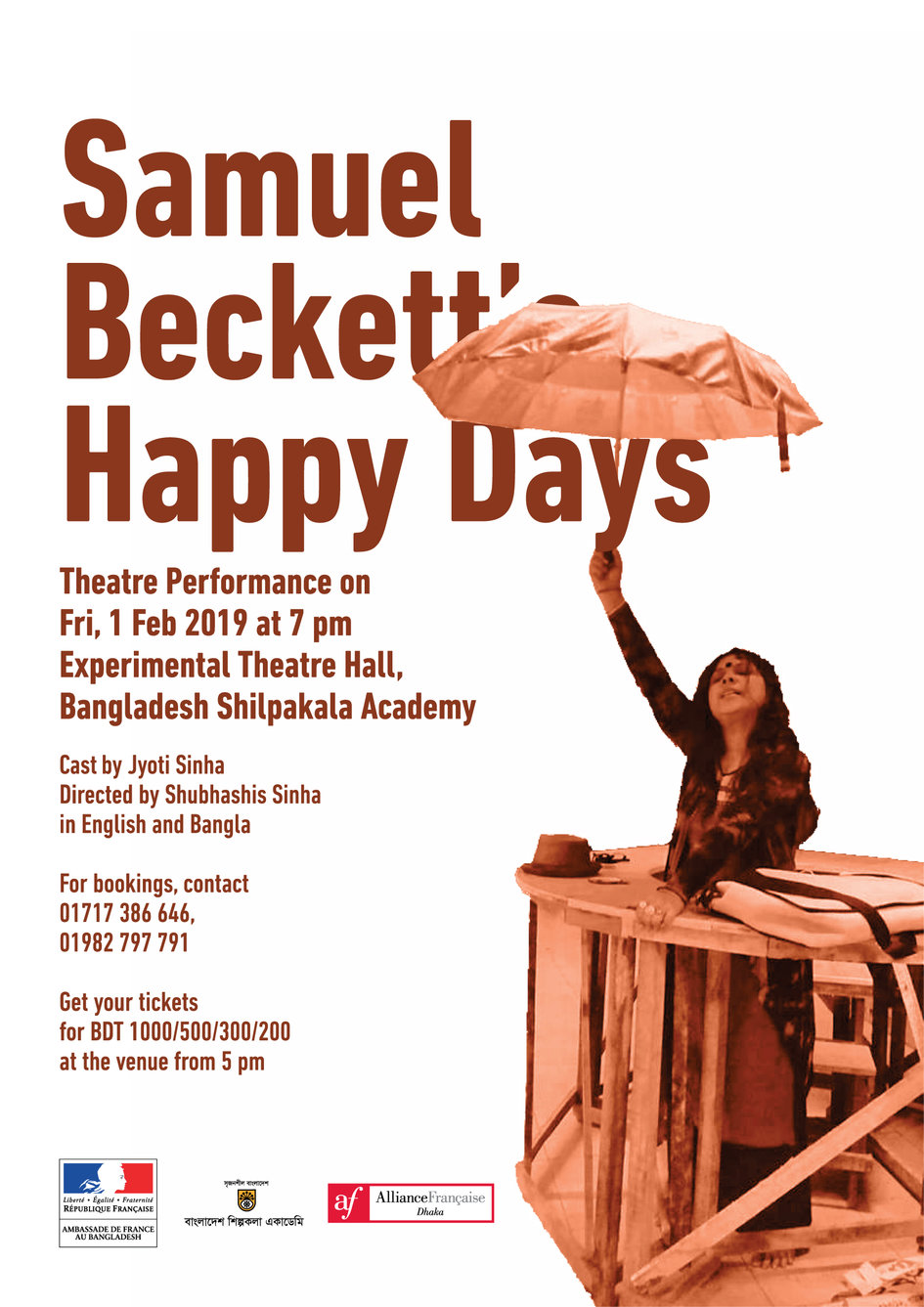 The opening ceremony of the play "Happy Days", starring Jyoti Sinha and sponsored by the Embassy of France, took place on February 1st at the Experimental of Bangladesh Shilpakala Academy.

The Embassy of France has been very happy to collaborate with the Monipuri Theater Group to strengthen cultural ties between France and Bangladesh. Indeed, Samuel Beckett is a famous Irish writer who lived most of his life in France, joined the French resistance during World War II and received a Nobel prize for his French-written play ‘Waiting for Godot’. Through this franco-bangladeshi collaboration the playwright’s ideas have come alive on stage in Dhaka and promoted women empowerment with the performance of a lead female artist, Ms Jyoti Sinha .

The Ambassador of France, Mrs. Marie Annick Bourdin inaugurated the show with a speech in which she expressed her appreciation to Jyoti Sinha and her team. The show attracted high attendance including former Cultural Minister, Mr. Asaduzzamn Noor, MP, and many diplomats. The performance was later acknowledged by many critics and artists.