The Indo-Pacific region: a priority for France

In an international context marked by uncertainty and the increase in unilateralism, France’s priority is to propose an alternative: a stable, multipolar order based on the rule of law and free movement, and fair and efficient multilateralism. The Indo-Pacific region is at the heart of this strategy. 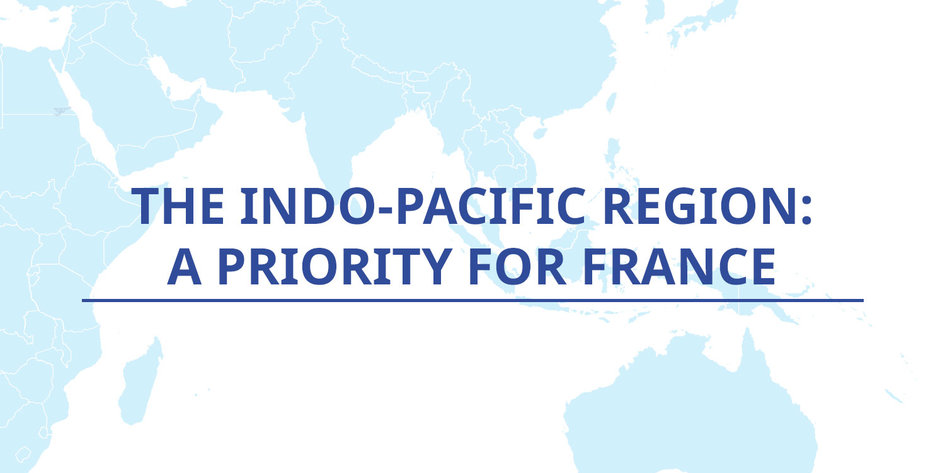 A crucial region given global challenges

For France, the Indo-Pacific space is a geographic reality. France is present in the region via its overseas territories [1] and 93% of its exclusive economic zone (EEZ) is located in the Indian and Pacific Oceans. The region is home to 1.5 million French people, as well as 8,000 soldiers stationed in the region.

It has also become a geopolitical and geo-economic reality. The global economy’s centre of gravity has shifted from the Atlantic to the Pacific. Six members of the G20 (Australia, China, India, Indonesia, Japan and South Korea) are located in the region. The maritime trade routes linking Europe and the Persian Gulf to the Pacific Ocean, via the Indian Ocean and South-East Asia, have become very important. The region’s growing share of world trade and investment means that it is at the forefront of globalization.

Given the region’s demographic and economic weight and its energy intensity, it is of key global importance in terms of biodiversity and climate change.

In the face of this reality and against the backdrop of France’s promotion of a stable, law-based, multipolar order, the Indo-Pacific region is a priority for French diplomacy and is an essential partner.

The Chinese Belt and Road Initiative (BRI), the Japanese, Australian and Indian strategies focused on the Indo-Pacific and the regional multilateralism promoted by ASEAN provide new issues and opportunities for both our country and the European Union.

In his speech at Garden Island naval base in Sydney, Australia on 2 May 2018 (lien avec l’article), the President of the French Republic set out the French strategy in the Indo-Pacific region. Our goal is to act as an inclusive and stabilizing mediating power.

This strategy is based on several pillars:

Naturally, with China, an essential partnership which requires greater reciprocity, including via the European Union, both in the framework of confident and constructive political dialogue and in deepening economic and trade relations and human exchanges; with our other strategic partners such as Australia, India, Indonesia, Japan, Singapore and South Korea, on the basis of shared values and interests.

Adaptation to climate change: a priority for France

The Agence Française de Développement (AFD) is contributing to many projects in the Indo-Pacific region, often including the issue of adaptation to climate change. These projects involve many issues such as sustainable cities, water management, regional planning, the protection and promotion of natural and cultural heritage, State governance and effectiveness, social welfare, decent work and healthcare. The AFD is also growing in the Pacific. On 8 February 2018, its mandate was extended to the Pacific Small Island Developing States for actions related to adaptation to climate change and the protection of biodiversity.

French research centres, which are at the core of our development policy, have also been historically present in the region. Finally, France has been at the forefront of major transnational initiatives which were created in the Indo-Pacific region: the International Solar Alliance, which was launched with India in 2018, the Pacific Initiative for Adaptation and Biodiversity adopted with the European Union, Canada, New Zealand and Australia during the 2018 One Planet Summit, and the Climate Risk and Early Warning Systems (CREWS) Initiative, which is used in particular to help Small Island Developing States. 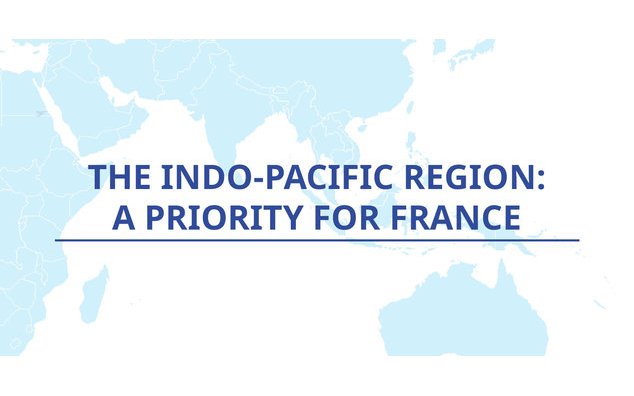 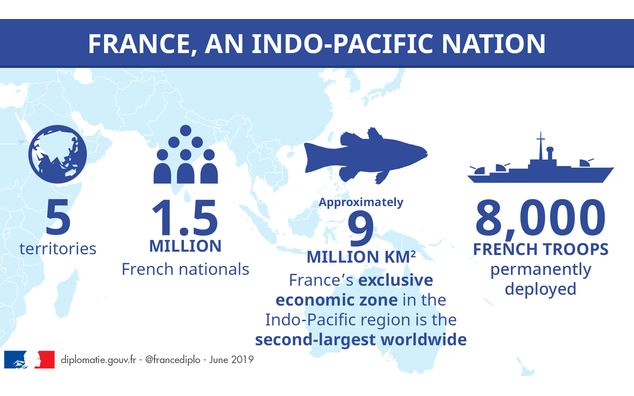 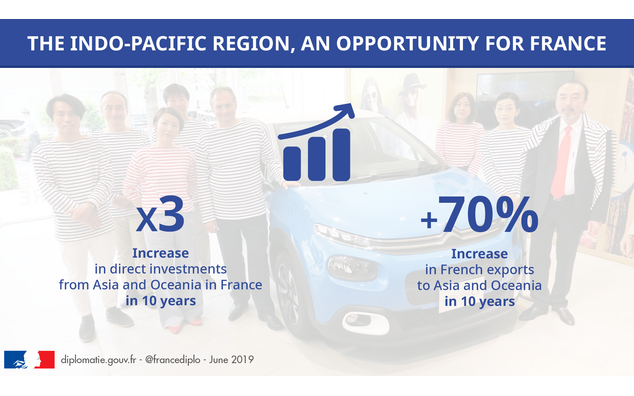 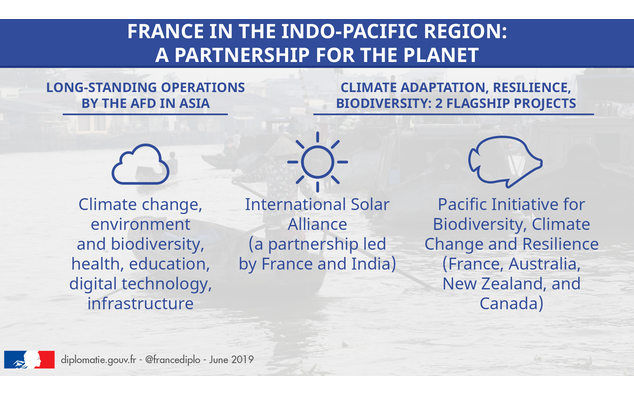 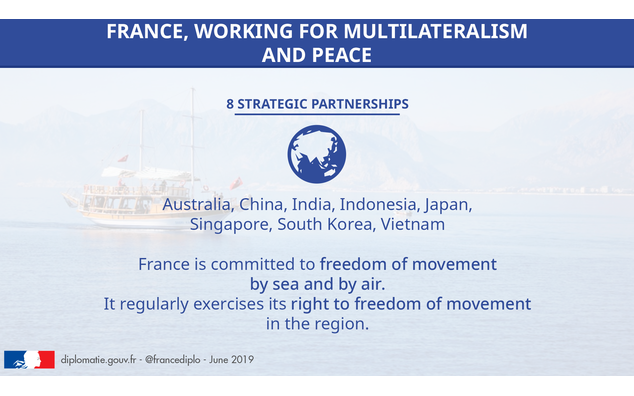