After his compatriot Albert Fert in 2007, it is the turn of Serge Haroche to be awarded this year’s Nobel Prize in Physics. The Nobel Academy has awarded the prize for his work in quantum physics.

Already a winner of the Gold Medal from the French National Centre for Scientific Research (CNRS) in 2009, Serge Haroche has now landed the supreme accolade of every scientist’s dreams, jointly with American physicist David Wineland. Their work relates to quantum physics and more specifically to the interactions between light and matter. This 20th-century science is concerned with the physics of particles smaller than the atom, which are very difficult to isolate. 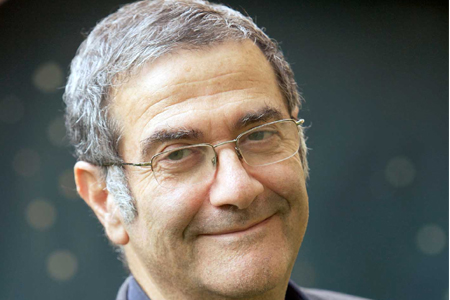 Both scientists have shown that it is possible to observe individual particles without destroying them. By doing so they are opening the door to a new era of experimentation in quantum mechanics.

Quantum phenomena make the task difficult for scientists because they disappear as soon as you try to measure or observe them. The theory is that a quantum particle can be in a superposition state, i.e. in several different states of energy simultaneously. But this phenomenon ceases to exist as soon as the particle comes into contact with an instrument.

To overcome this problem, Serge Haroche worked on creating a trap for light particles (photons) composed of ultra-reflective mirrors, cooled to a temperature of nearly -273°C. This enables a precise number of photons to be conserved and studied. In parallel, his American counterpart developed traps for electrically charged atoms.

Both, with their teams at the Kastler Brossel laboratory, the NIST (National Institute of Standards and Technology) and the University of Colorado, allow quantum particles to be observed. For the Nobel Assembly, these studies provide the key elements that will one day allow powerful computers to be designed based on the laws of quantum physics. “It is groundbreaking work conducted over the long term, combining fundamental understanding with experimental performance,” commented Alain Fuchs, President of the CNRS.

From the CNRS to the Collège de France

The results of these studies are well rooted in the career of the Frenchman, a graduate of the Ecole Nationale Supérieure (ENS). Established in 1794, the ENS, which takes students in science and literature, is an elite school. With its 35 research laboratories, the ENS is one of the leading research centres in France. The school numbers eight Nobel laureates among its former pupils (seven in physics, including Albert Fert, and one in chemistry) and ten Fields medallists (the highest distinction in mathematics) the most recent of which are Cédric Villani and Ngo Bao Chau (2010).

Serge Haroche focused in particular on innovative experimental methods, enabling single quantum particles to be isolated, measured and manipulated for quite long periods.

The Frenchman began his work at the CNRS by looking at cavity quantum electrodynamics. This field uses experimentation to develop prototype quantum information processing systems. This uncle of well-known singer Raphaël has taught as a Professor at the Collège de France since 2001, and has been its Director since 1 September 2012. He is also a member of the Académie des Sciences.

“Serge Haroche has managed to combine strong theoretical thinking with remarkable experiments at all the French and foreign institutions in which he has worked, including the CNRS, the Université Pierre et Marie Curie, the Ecole Normale Supérieure, the Ecole Polytechnique and the Collège de France, where he has been the Director for a few months now,” the French President François Hollande remarked on congratulating the scientist.

At 68, Serge Haroche joins the 12 great names of physicists awarded the Nobel Prize in France. In 1903, it was Pierre and Marie Curie and Antoine Henri Becquerel who set the prize-winning ball rolling with their work on radioactivity. Marie Curie also received a second prize, but this time in chemistry, for her research on radium.

Since 1991, four other Frenchmen have been awarded a Nobel Prize in Physics: Pierre-Gilles de Gennes in 1991, Georges Charpak in 1992, Claude Cohen-Tannoudji (his thesis supervisor) in 1997 and Albert Fert in 2007.

The French have excelled in the scientific fields, with 34 laureates. In Medicine, the Nobel Academy has paid tribute to the work of 13 French people, including Professor Jean Dausset (1980), Françoise Barré-Sinoussi and Luc Montagnier, who were honoured in 2008 for their work on the AIDS virus and Jules Hoffmann in 2011 (research on innate immunity). And finally Jean Marie Lehn (1987) and Yves Chauvin (2005) have been the most recent recipients of the Prize in Chemistry.

Serge Haroche and David Wineland will receive their awards at the ceremony on 10 December, the anniversary of the death of the chemist Alfred Nobel.