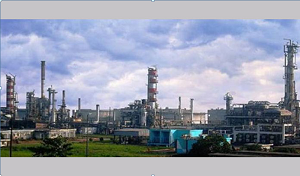 The installation of the second unit of the Eastern Refinery Limited (ERL) will help reduce country’s dependency on natural gas as the country would be able to refine 45 lakh tones of petroleum annually. Implementation of the project would be good for the country. Finance Minister AMA Muhith said this at a ceremony on signing a Memorandum of Understanding (MoU) between the Bangladesh Petroleum Corporation (BPC) and French firm Technip in Dhaka on Wednesday. Abul Kalam Azad, Principal Secretary to the Prime Minister’s Office (PMO) and also Chairman of the Board of the ERL, said, the French company Technip had set up the first unit of the ERL and for this the government has given it the task to establish the second unit.

French Ambassador to Bangladesh Sophie Aubert said, ‘This is really a matter of great satisfaction for my embassy as we have signed an agreement on launching Bangabandhu Satellite in the morning and also another MoU to set up ERL-2 in the evening on the same day. It’s a great day for us.” Technip South Asian representative said, they would be able to establish the plant in time as they have been installing refinery plants across the globe with much efficiency. Besides, the existing unit-1 of the ERL was also established by them. With establishing the plant, the country is going to triple its capacity to refine 45 lakh tonnes of petroleum annually through implementing a Tk 8,949-crore project that will help save Tk 1,500 crore foreign currency from fuel imports per year. The project styled ‘Eastern Refinery Unit-2’ has been undertaken by the BPC. The BPC is set to operate the proposed ERL unit by December 2018. “Now, we’ve the capacity to refine 15 lakh tonnes of petroleum fuels at the ERL unit-1 which will rise to 45 lakh tonnes after the second unit is installed,” BPC Chairman AM Badruddoza told daily sun on Tuesday. The BPC will import only 10 lakh tonnes of petroleum fuels after setting up the ERL unit-2, he said. “We’ll be able to save Tk 1,500 crore yearly.” It spent Tk 26940.85 crore to import 53.93 lakh tonnes of refined and crude oil in the last fiscal year, according to the state-run oil monopoly. The government now imports petroleum in large quantities with the support of IDB, IMF and local resources. The BPC, however, has not utilised the existing ERL’s capacity after allowing the private-sector fuel imports for power generation. Against this backdrop, trade insiders have cast doubt on the utilisation of the unit-2 as private power plants have been allowed to import their own fuel. In the mid of this year, Bibiyana gas field was forced to reduce gas production from 1200mmcfd to 850mmcfd as the ERL failed to procure the required condensate [raw material of petroleum fuels]. Besides, condensate production at the gas field also dropped to 3,400 barrels from 4,800 barrels per day.

Speech of HE Sophie Aubert, Ambassador of France to Bangladesh