Preservation and Protection of Mother... 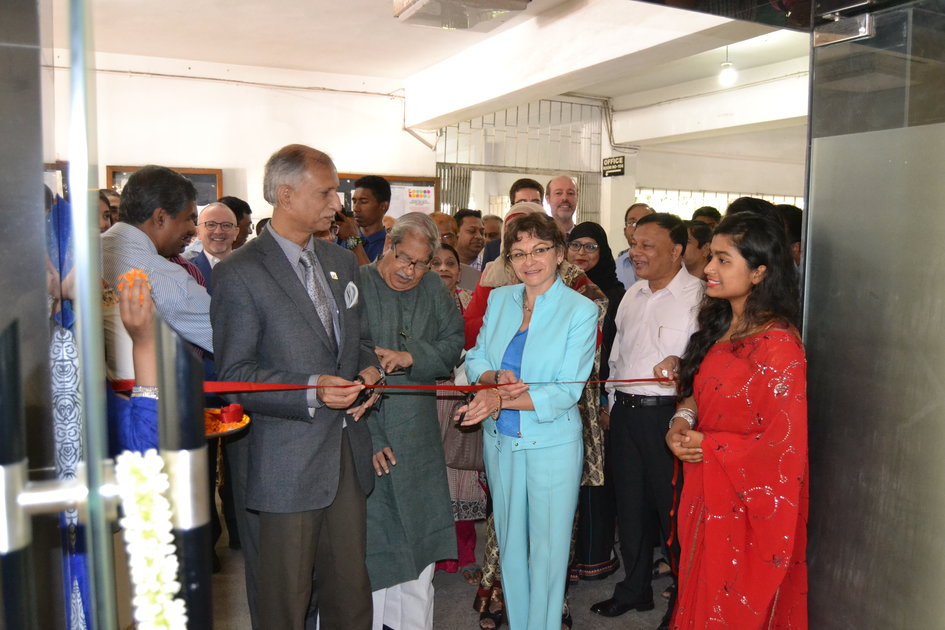 As remembered by the former speakers, Bangladesh largely contributed to get 21st of February recognized worldwide as the international Mother Language Day, in 1999. 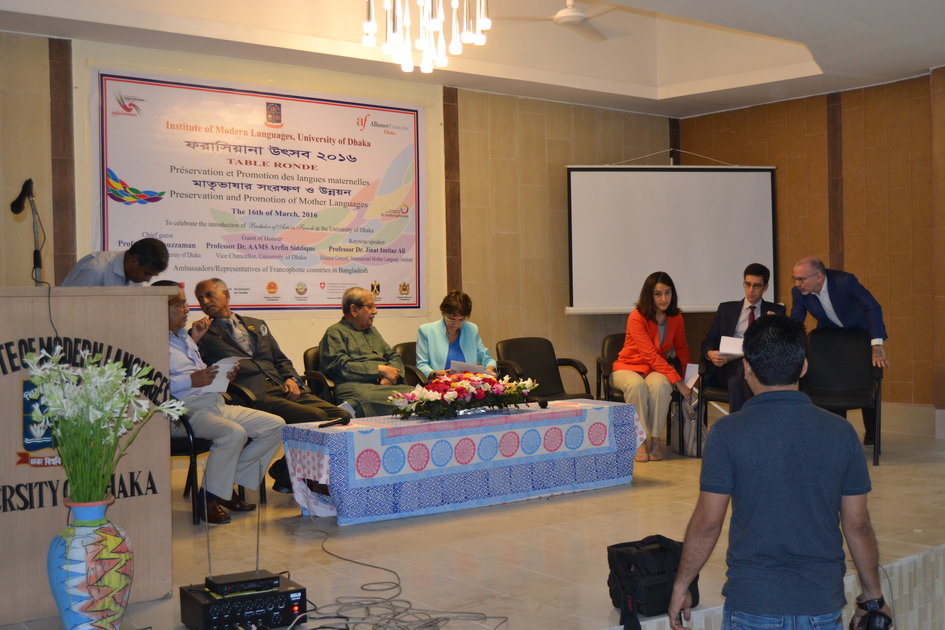 That’s why it appeared to us that we should seize this opportunity to have a debate on mother languages on the occasion of the Francophonie week.

The idea came to propose this debate in partnership with Dhaka University, given the role played by the University to defend Bengali language as an official language in the former Pakistan, along with Urdu. 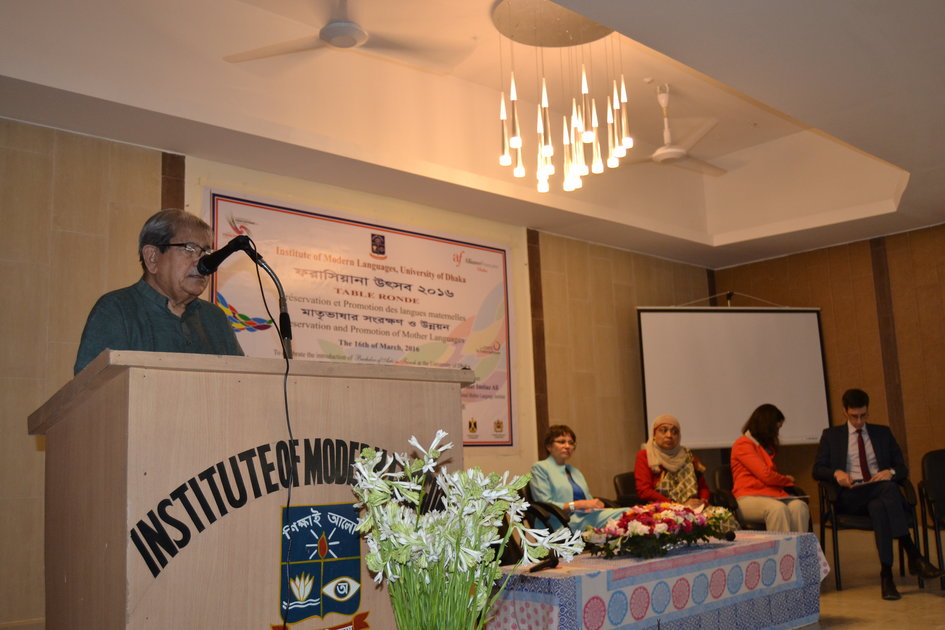 We also wanted to underline the dynamism of the Institute for Modern Languages, as IML has just created a French course that we French Embassy have decided to support. 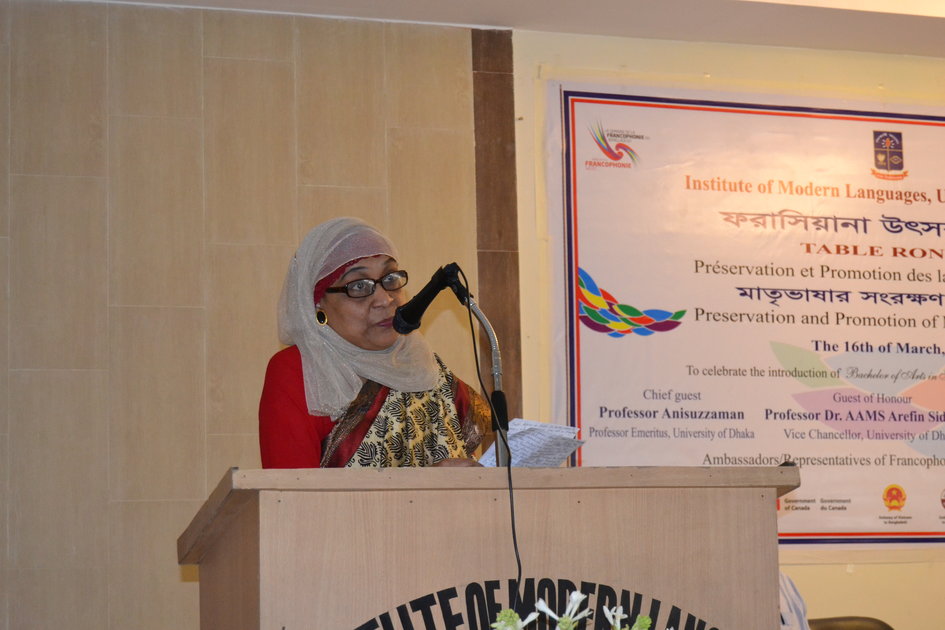 I thank you for welcoming us in your university and for giving us the possibility to have this discussion.

I am conscious that addressing the issue of mother languages is an ambitious challenge.

I would like to focus on the link between language and nation, to explain how fundamental our French mother tongue was to build our nation, as a part of our heritage and history.

In France, this issue brings us back to our long history. I will focus on three important steps.

King François the First contributed to this long march with the Ordinance of Villers-Cotterêt adopted in 1539, which purpose was to legally unify our provinces through the adoption of a same language.

Cardinal de Richelieu created the Academy Française in 1635 in order to have an authority dedicated to the definition of our vocabulary and grammar, to their preservation but also to the evolution of our language. I am convinced that this decision strengthened our language and contributed to make French language the language of diplomacy, and therefore an international language.

Later, a fundamental step in our history, starting from 1881 and after, was the very famous Jules Ferry Laws on the School of the Republic. These laws were fundamental in the consolidation of our state.

The objective of these laws was to make school compulsory and free for all French children from 6 to 13, to be taught in French, to respect what we call in France “laïcité”, which is separation between religion and state, and to promote girls’ education.

At that time we were referring to the "teachers’ Republic", because Jules Ferry laws played a key role in educating generations of young French pupils, therefore opening them the door to progress and modernity.

At each and every important step of our history to build our nation, our language played a key role. That is why French is fully part of our national identity, and I would like to quote the French writer Albert Camus as the best illustration of this fact, as he said that his mother country was French language.

Our French language is an element of the long process which led to settle our institutional model and the fact is that our culture and attachment to our mother language as our official language is fully reflecting our centralized vision of the state.

There is no more passion on this issue. France is part of the European charter for Regional and Minority Languages. We are all convinced that the strength of a nation lies in its capacity to open itself to the others. Dialect or minority languages can be taught in some of our schools and they contribute to enrich our cultural heritage.

Now I can’t avoid referring to our world today. Our world has changed a lot in the last decades and we all talk about globalization. But what does that mean for our identity and our mother tongue ?

On the one hand, there is the necessity to talk a common language. We all try to talk more or less English. As for us, French, English is seen as a very useful tool but as a tool. We can’t say that English is part of our culture. But we integrate it in our lives because it is a tool, in order to be part of the globalization.

On the other hand, we are willing to defend and promote our mother language, because it is a way to reaffirm our identity in this global world. These trends are not contradictory.

The French Speaking community includes 37 countries among them 31 have the French language as their official language. These countries represent a population of almost 500 M people. All these people have chosen to be part of the Francophonie organization because French has been or still is part of their heritage, be it or not their mother tongue.

This shows that having an official language which is not one’s mother language doesn’t mean speaking one language only, but promoting one’s heritage, contributing to shape a unified nation and increasing one’s participation in the global trend of the world through speaking other languages. 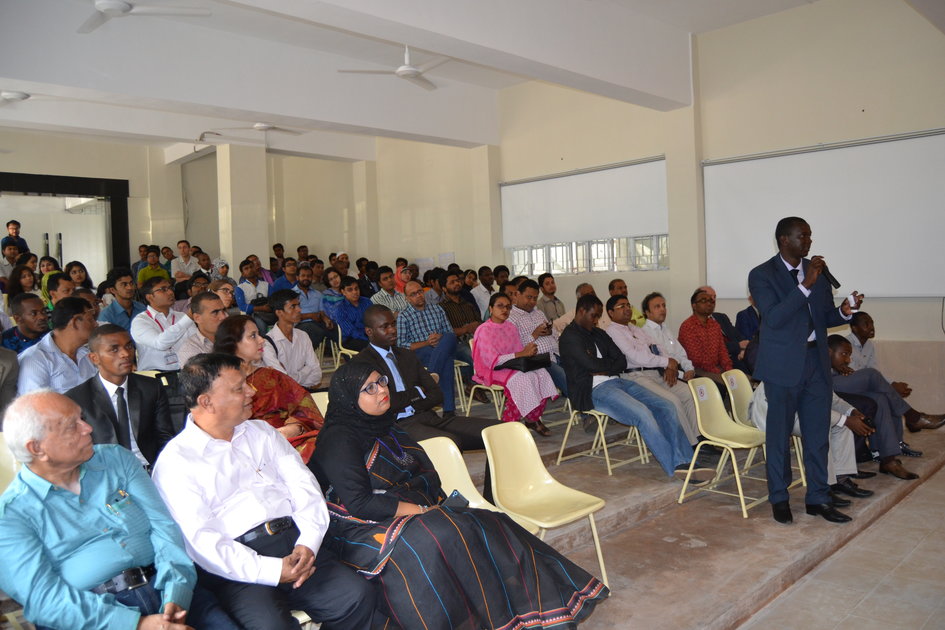 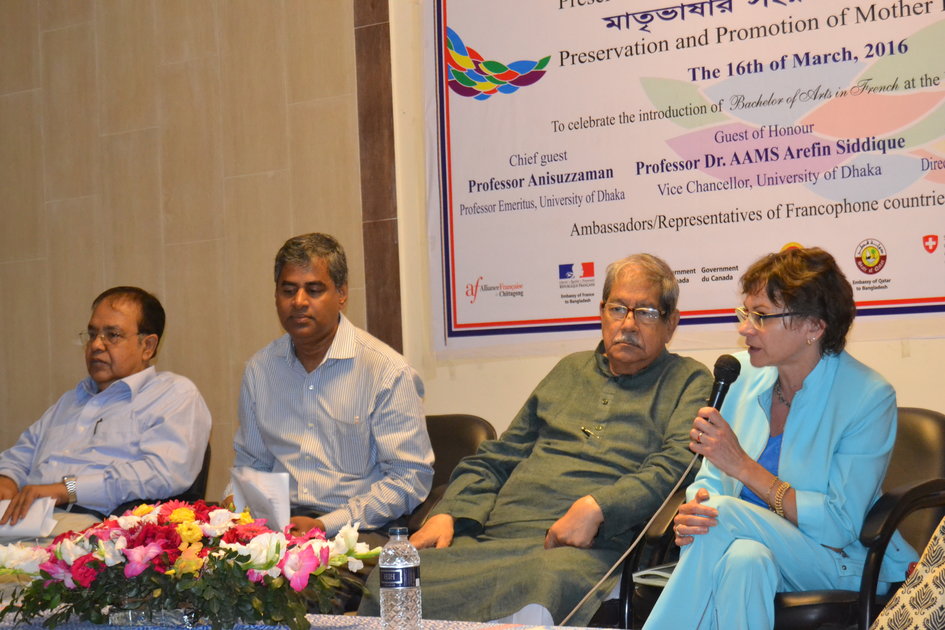 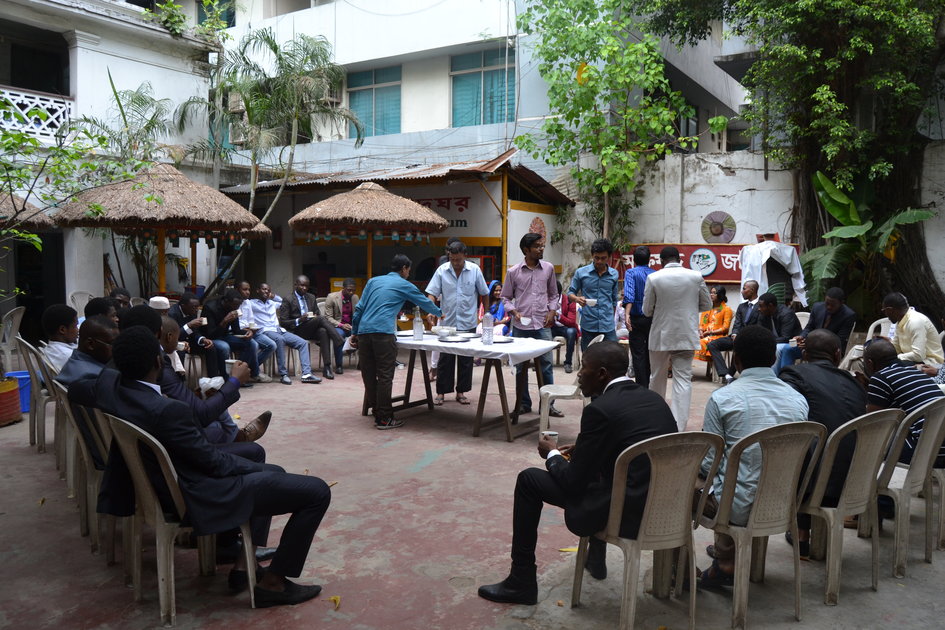