Home > Higher Studies and Research in France > Paris: the favorite choice for students

Paris: the favorite choice for students

Paris has been named the world’s best student city, ahead of London and Boston. Its popularity is not only due to the diversity of courses available and the high standard of teaching: fees and the quality of student life in France are also decisive factors in the ranking, which includes Lyon and Toulouse. 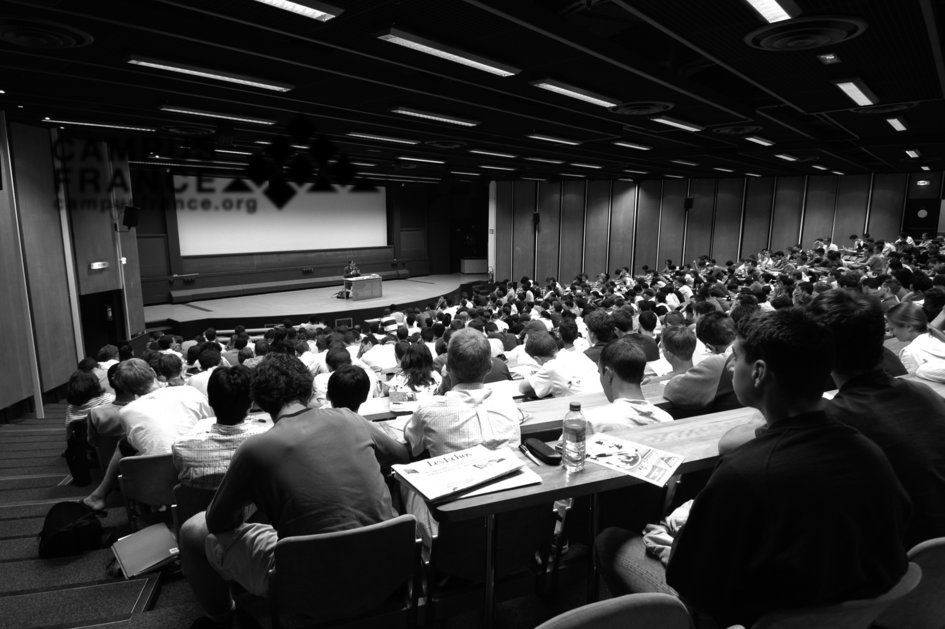 The French capital has come out top of the world ranking of student cities, the first survey of its kind, produced by British research company QS (Quacquarelli Symonds Ltd), which specialises in university rankings. In the QS Best Student Cities 2012 survey, Paris scored 421 points, ahead of London (405 points), Boston (399 points) and Melbourne (398 points). Overall, continental Europe is leading the field, with seven cities in the top 15 (Paris, Vienna, Zurich, Berlin, Barcelona, Munich and Lyon).

Why? Because the new ranking is based on a different set of criteria from those usually used. Whilst the normal rankings are based primarily on academic criteria, the new survey also takes into account the size of the student population (domestic and foreign), quality of life, employers’ views of graduates, fees and student life (or “accessibility”). As Danny Byrne who runs one of QS’s main websites points out, Continental Europe has the advantage of “more egalitarian systems than English-speaking countries”. The quality of student life element works in favour of French universities, which have taken numerous steps (including information meetings, putting new students in touch with fellow students and tutors, mentoring schemes, etc.) to improve the way young people are welcomed, supervised and monitored. Students have reasonably priced university canteens available and more of them have access to university accommodation than in other countries. The Centres régionaux des œuvres universitaires et scolaires (CROUS), which deal with student catering and accommodation and provide bursaries, and Centres d’information et de documentation jeunesse (CIDJ – information and documentation centres) are unique networks which provide support in areas such as training, employment and housing. The high level of amenities – particularly digital resources – also scores well in the ranking.

Improvements in the physical environment are particularly visible in Paris where, according to the city’s chief education officer, Patrick Gérard, €200 million have been invested in university libraries and the CROUS. “We have also just undertaken some major work at the Assas campus and in the university canteen in Mabillon; our next project is the library at the Sorbonne,” explains Patrick Gérard. The French capital also boasts numerous sporting facilities and, of course, a wide array of high-quality cultural amenities, including concerts, exhibitions in major museums and art galleries, plays in historic and avant-garde theatres, two opera houses and a network of art and experimental cinemas unequalled anywhere in the world... all of which are available at concessionary rates for students.

The cost of education in French state universities plays a significant role in the ranking. Fees for the 2011-12 academic year were €177 for a bachelor’s degree and €245 for a master’s. Fees for the same courses in the United Kingdom are between €3,000 and €4,000 and up to €10,000 respectively. Over a year, studying in Paris, Vienna, Zurich or Berlin costs on average less than $1,000, compared with $30,000 in the United States. Getting a master’s degree in France is therefore ten times cheaper than in the US, the UK or Australia. On top of this, there is an extensive system of public funding. Grants are more generous and are also available to students from middle-class families. The social security system and top-up health insurance schemes for students offer medical cover at very affordable prices. Parisian students also have the edge when it comes to employers. The French capital and the surrounding region benefit from a dense network of innovative companies with which the universities have formed partnerships. They also offer an unparalleled range of courses and distinguished higher-education institutions, including the Ecole normale supérieure, Ecole polytechnique, Université Pierre et Marie Curie, Sciences-Po, Paris-Sorbonne and many others. With 16 higher-education institutions ranked in the top 500 in the world, Paris is well ahead of other cities.

Two regional capitals also feature in the QS ranking, confirming the consistent quality of university education available throughout the country. Lyon (France’s second-largest student city in terms of numbers) is ranked in 14th place, with 367 points, whilst Toulouse, the capital of the aerospace industry, comes in at 46th place, with 286 points.