Education and pedagogy are at the core of the activities of Alliance française de Chittagong, which offers side by side the best methods for language teaching as well as a wide variety of resources for the most comprehensive approach to education. 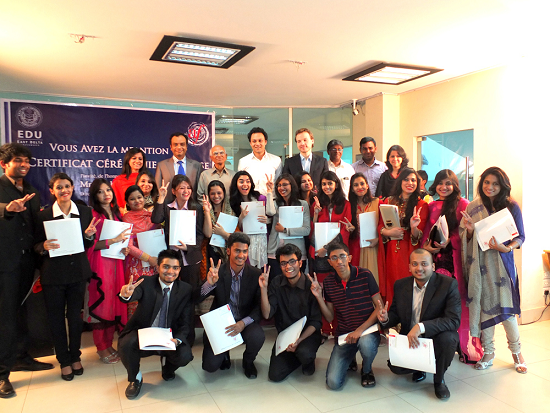 Different classes are offered, including:

People who have passed the DALF (B1) are exempt from taking language tests for entrance to French universities.