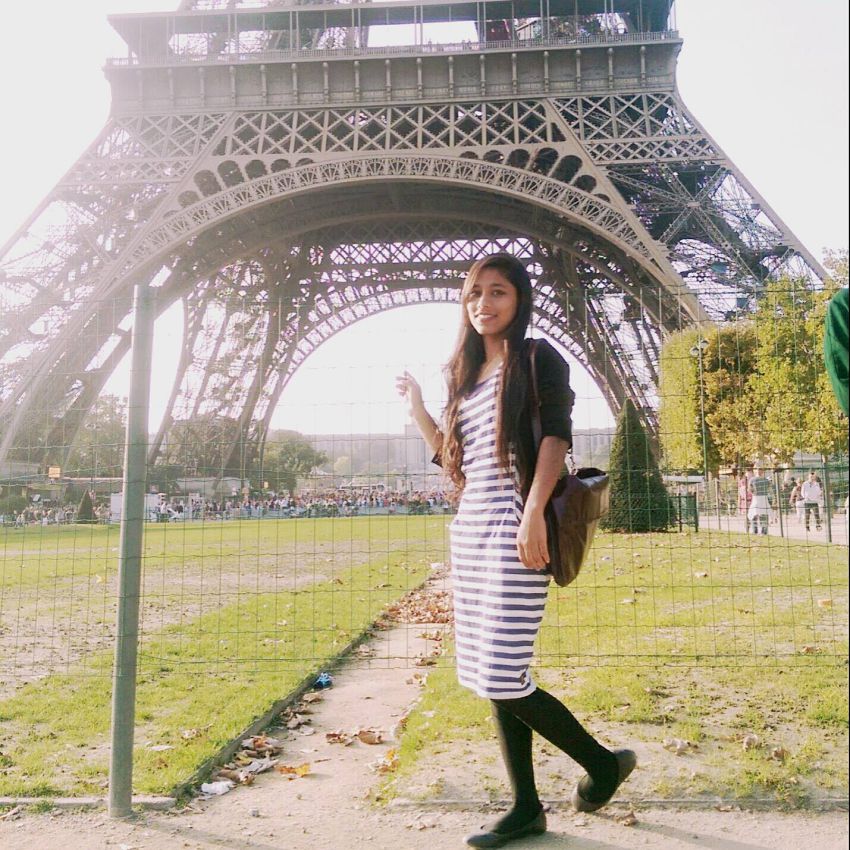 The summer of 2012 was my first visit to Paris, right after I had won a competition titled ‘Allons en France’ at Alliance Française de Dhaka. Being a non-believer of ‘love at first sight’, I was proved wrong when I set my foot for the very first time in the beautiful Hexagon. As much as I have always been a devoted learner of the language, I discovered the richness of the French culture only after I have had the opportunity to move to Paris for my higher studies. My first visit set off a series of events which shaped my future in the best possible way.

Learning French did not only make me stand out in a more competitive world, it also opened many other doors, like getting the opportunity to teach French in the much esteemed Alliance Française de Dhaka. However my biggest break came in the form of a reality which once seemed unimaginable- getting accepted in ‘La Sorbonne’. It was the acceptance letter from the Université de Panthéon-Sorbonne Paris 1 which transformed things for the better.

I would not deny the hardships of studying abroad in a third language but I would also emphasize on the fact that pushing myself to the extremes molded me in such a way that I can now embrace any challenge with open arms. Besides, our faculty, administration, tutors, peers and all the professors are very amiable towards international students and they have always taken the extra mile to help me fare well through my journey.

Moreover, the best part of living in France is the fact that I will never be content with a sedentary life. Seeing life out of your comfort zone and seeing the sunset in different parts of the world makes you go for more. That itself is a motivation which will steer you no matter what. Studying in France also gave me the opportunity to backpack all over Europe and absorb the beauties of every culture to my heart’s content.

As for Sorbonne, it is a great place and I couldn’t have been luckier. Our faculty game is strong. The institution is widely recognized in and outside France and is known as one of the oldest and best universities in Europe. The campus, the halls, the amphitheatres, the libraries, and the little cafés of the fifth arrondissement make studying there ten folds better. It’s also a great feeling to know that people like Victor Hugo, Marie Curie, J.K Rowling, Dr. King among others, walked the same halls that I pass by everyday and it’s just beyond belief! Since I started studying at Paris 1, I only had better things come my way. The reputation of the university also helped me to secure any internship or job that I looked forward to.

I have recently graduated from Panthéon Sorbonne and I am about to pursue a post graduate degree in Political Sciences and International Relations this coming September. Being an ardent supporter of peace, my dreams of helping to build a stronger bridge of friendship between Bangladesh and France in the future seems very much attainable at this point, when I know that Paris has changed me in such a way that I can only hope to excel in life. It is a city very dear to me as much as my own, and if I ever had to do it all over again, I would always choose Paris.