France has taken advantage of the success of the French Open

France has won the French Open ten times in the last nine years. 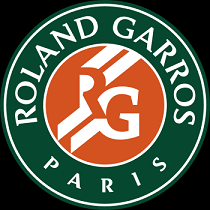 True, the last time a French player won the Coupe des Mousquetaires was in 1983, when Frenchman Yannick Noah played the Swedish Mats Wilander in the final. But since 2005, French-made rackets have helped no less than three players to win this tournament, known in English as the French Open. Rafael Nadal alone has grabbed the title eight times, well ahead of Italy’s Francesca Schiavone who has lifted the Coupe Suzanne Lenglen only once, in 2010. The next year, she lost in the finals against the Chinese Na Li. These three clay courters all play with Babolat rackets.

Babolat, a family business based in Lyon, generated a turnover of €128 million last year and in 2012 became the world’s largest manufacturer of tennis equipment. France is also home to Tecnifibre, which notably produces strings for the rackets of many champions including Serbia’s Janko Tipsarevic. Lacoste, which is now owned by the Swiss Maus group, is also one of the few textile manufacturers still producing some of their products in their business’ country of origin. The brand, known for its crocodile logo, employs close to 2,000 staff in France. The success of these businesses in the very closed world of tennis is not a matter of pure chance.

Most of these businesses have deep historic roots giving them immediate legitimacy vis-à-vis the general public. Babolat was founded in 1875 and today has 10,000 employees. Its income is close to €140 million and it is currently led by the fifth generation of Babolats. The ancestors of the current leaders were butchers and recovered the guts of sheep and then cows, first producing strings for musical instruments and then strings for tennis rackets. Their descendents soon preferred tennis country clubs to abattoirs. Lacoste’s prestigious past is summed up in its name alone. René Lacoste won the French Open three times and revolutionized male dress codes: in 1933 he replaced the classic long-sleeved, starched tennis shirt with what has now become the classic polo shirt with the famous green crocodile.

In parallel, French companies have kept up with the time, offering excellent products that have always been at the leading edge of innovation. Babolat, for example, caught onto synthetic strings from the 1950s, whereas its competitors continued selling only gut-based strings. Tecnifibre was created in 1979 and also attracted great champions such as Monica Seles and Sergi Bruguera very quickly. The latter won the French Open – France’s only Grand Slam tournament – on five occasions, thanks notably to innovative Tecnifibre strings. 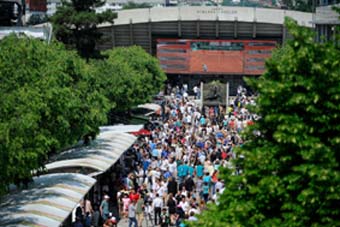 But the success of these businesses is also down to the success of their exports and their deft diversification. Thus only about 20% of Babolat’s turnover comes from France. France is also only Lacoste’s second-largest market, representing 13% of its sales, far behind the United States (23%). The brand has also expanded to South Korea, Brazil, Russia and Turkey in recent years.

The development of international activities has come with an expansion of the product range. Tecnifibre launched its first range of competition-grade tennis rackets in 2004 and last year, the 35-employee business with a turnover of around €20 million, took a step further and became an official partner of the ATP World Tour, providing rackets, strings, bags and accessories for various tournaments. Babolat, meanwhile, began selling its first stringing machines and rackets in the 1990s. In 2001, the brand, which has more than 300 contracted players worldwide, diversified into balls, before beginning to manufacture shoes two years later, in partnership with Michelin. But these companies have gradually drifted away from tennis and expanded into other sports such as squash for Babolat and Tecnifibre and golf for Lacoste.