Creating the conditions for lasting peace 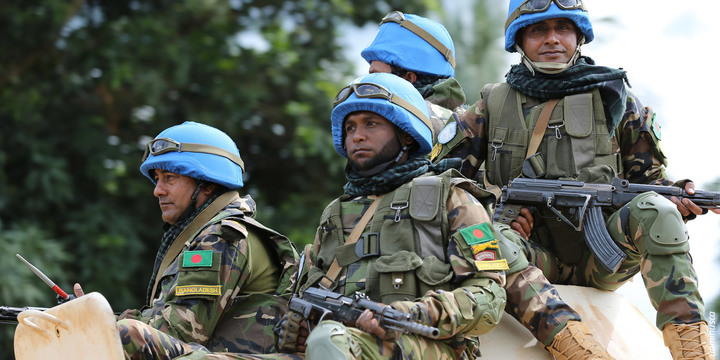 Since 1948, 72 PKOs have been deployed throughout the world by the UN.

PKOs are multi-faceted and multidimensional. They are called upon to:

MONUSCO in the Democratic Republic of the Congo is the largest currently-deployed PKO, with 15,488 staff.

Peacekeeping operations are central to France’s action for international peace and security. France is the sixth-largest contributor to the PKO budget, providing $399 million (5.74% of the total budget) in 2018-2019.

With regard to military operations, in July 2018, 735 French staff (military personnel and police) were deployed around the world.

The operations with the most French personnel are UNIFIL (Lebanon), MINUSCA (Central African Republic) and MINUSMA (Mali).