COP21 - Plenary session for the submission of the final draft text 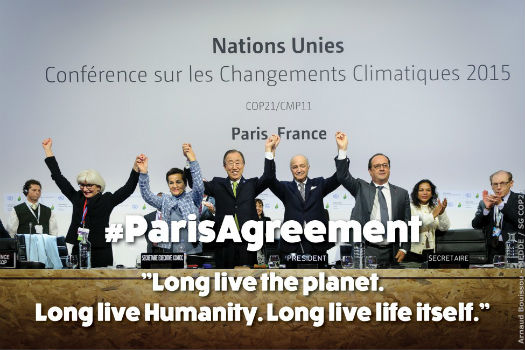 "President of the French Republic, Secretary-General of the United Nations, Executive Secretary, Ministers, Heads of delegation and negotiators, Dear colleagues and friends

After the exceptional political momentum generated by the 150 Heads of State and Government who gathered at the start of the Conference, the ADP continued its work throughout the first week. Last Saturday - which already seems so long ago ! - after the ADP text was submitted by the Co-Chairs, we set up an informal consultation body open to all, this Paris Committee ; we all worked a huge amount and slept relatively little, while several facilitator ministers helped us to reach compromises. I would like to thank them very warmly. Several meetings in Indaba format were held to resolve sticking points. This week, I submitted to you no fewer than two successive intermediate versions, based on the work of the Parties, before presenting the final text to you today. At each stage, the aim was to move closer, together, to the agreement desired by all. Each time, the Parties were consulted on the best method to enable progress, as well as on the content. All of this took place in a constructive atmosphere, which I would particularly like to highlight, and today we are close to the end of the process.

For I firmly believe that we have reached an ambitious and balanced draft agreement which reflects the positions of the Parties. It will be distributed to you in a few minutes. I do not want to enter into all the details here, but I would nevertheless like to highlight a few points. This text, which is necessarily a balanced text, contains the main steps forward which many of us thought it would be impossible to achieve. The proposed draft agreement is differentiated, fair, sustainable, dynamic, balanced and legally binding. It is faithful to the Durban mandate. It acknowledges the notion of “climate justice” and takes into account, for each issue, the countries’ differentiated responsibilities and their respective capabilities in the light of different national circumstances. It confirms our central, even vital objective of holding the increase in average temperature to well below 2°C and pursuing efforts to limit this increase to 1.5°C, which would significantly reduce the risks and impacts of climate change. It sets an ambitious but necessary long-term target. It makes reducing greenhouse gas emissions everyone’s responsibility, through the submission or updating, every five years, of national contributions, which in this case can only become more ambitious. It focuses heavily on adaptation to the effects of climate change. It recognizes the permanent, preeminent need for cooperation on loss and damage. It provides for the resources needed to enable universal access to sustainable development, by mobilizing appropriate means of implementation ; in addition, the draft decision of our Conference stipulates that the $100 billion per year planned for 2020 will need to be a floor for post-2020 and that a new quantified target will need to be set by 2025 at the latest. This text should strengthen mutual confidence between the Parties, thanks to a stronger transparency framework, which takes into account the capabilities of each Party and is based on the existing systems. It provides for a global stocktake of our progress every five years, which will enable to us to take collective action if our efforts fall short of the targets set. If it is adopted, this text will therefore mark a historical turning point. And more generally, this COP21 is a real turning point, both in terms of non-governmental action - that of local governments, businesses and many organizations - and in terms of the establishment of a universal legal agreement.

Throughout our many discussions, each Party expressed its proposals and, understandably, its red lines, which we respected. Of course, it is probable that no country will see all of its wishes fulfilled. But it should be recognized that with 196 Parties, we knew from the start that if everyone had required all their demands to be satisfied, as a group we would have been entirely dissatisfied. As one of you so rightly pointed out during our work, we need to show the world that our collective efforts are worth more than the sum of our individual actions.

All of us here believe that the time has come to focus not on red lines but on the green lines of a universal compromise. The question that we should all be asking is therefore no longer simply : “How can I ensure that my position prevails ?” But rather : “Can I hope for more than the overall balance that is being offered to me ?” And the answer, as I firmly believe and I hope you do too, is clearly that this text, which we have built together, our text, is the best balance possible, a balance which is both powerful and fragile, which will enable each delegation, each group of countries, to return home with their heads held high, having gained a lot.

And I would like to add that, as President of COP21, I am committed to taking into account any difficulties that some of you might have once our agreement has been adopted and to organizing, if necessary, during my Presidency, consultations that will enable us to resolve them rapidly.

Let me conclude. One of you mentioned the other day a famous quote by Nelson Mandela, most suited to the occasion. “It always seems impossible until it’s done.” I would like to add a few more words, by the same hero. “None of us acting alone can achieve success.” Success is within reach of all our hands working together. Together, in this room, you are going to decide on a historic agreement. The world is waiting with bated breath and is counting on us all. Thank you." 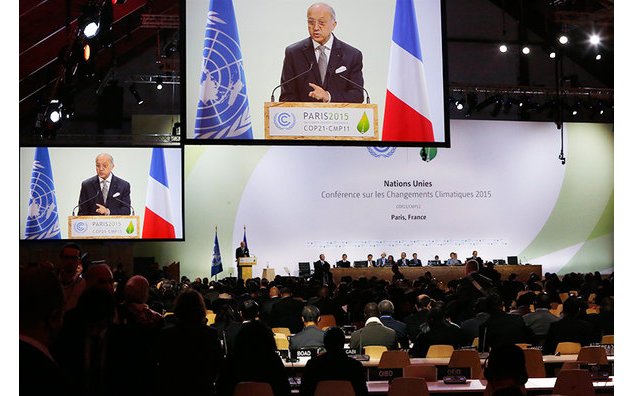 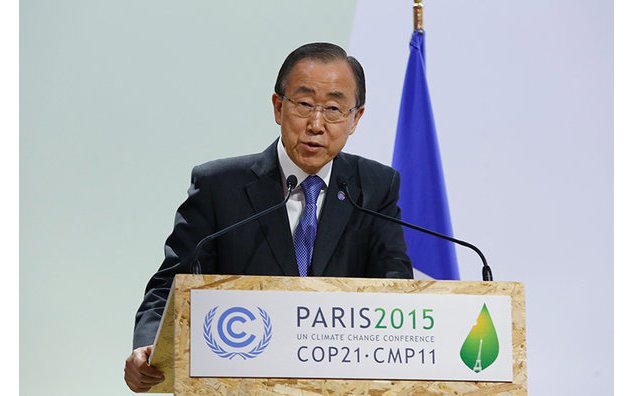 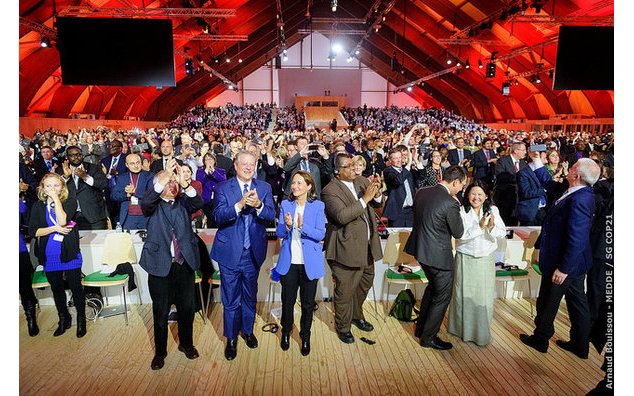 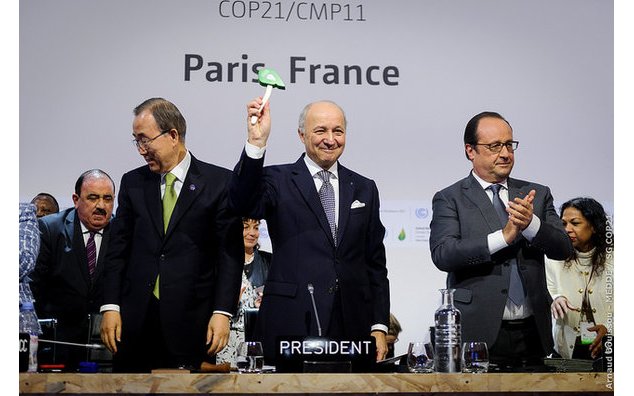 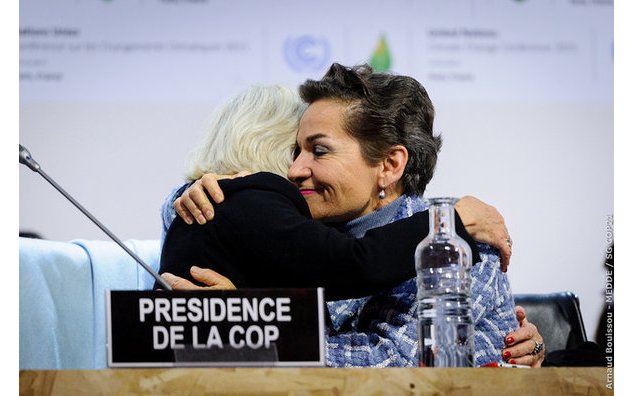 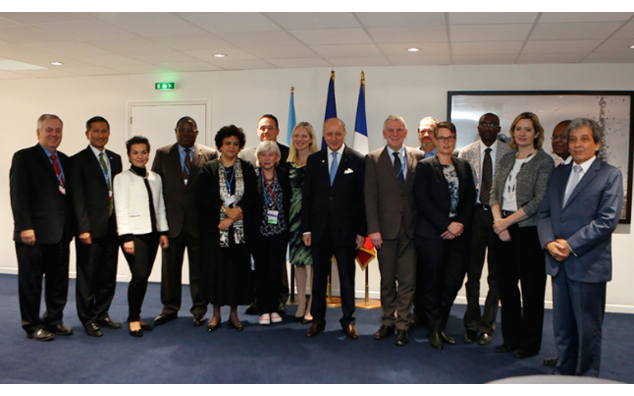 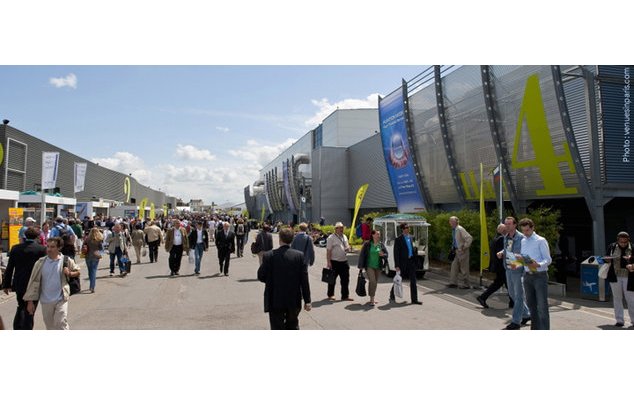 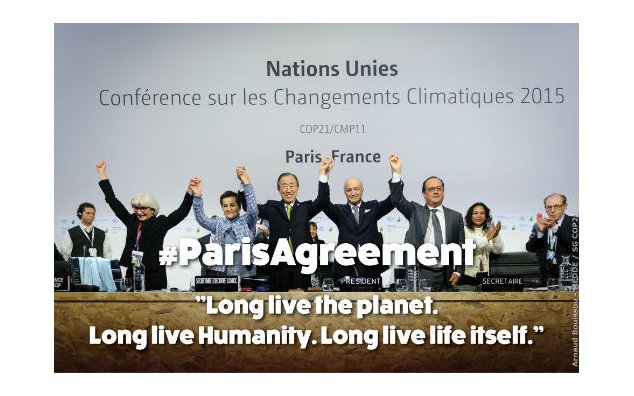