Two Bangladeshi films “Agnatnama” and “Aynabaji” were screened at the 69th edition of the prestigious Cannes Film Festival on Tuesday, 19th May, 2016.

Since its creation in 1946, the Festival de Cannes has remained faithful to its founding purpose : to draw attention and to raise the profile of films with the aim of contributing towards the development of cinema, boosting the film industry worldwide and celebrating cinema at an international level. Hence, some critically good movies get selected to be screened on during the festival week. Bangladesh has also taken a place in this list where it presents its remarkable works in cinema. This year the films, that represented Bangladesh, were Tauquir Ahmed’s Agnatanama and Amitabh Reza’s Aynabaji. 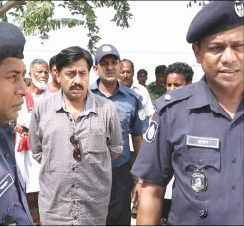 The film Agnatanama exposes the underbelly of labour migration involving expatriate Bangladeshis, whose contribution to local economy remains underappreciated although they remit a mind-boggling amount of foreign exchange to the country. They also suffer at the hands of recruiting agencies and officials involved. The film was screened at 6pm local time at Palle de Festival, with the director, his wife and actress Bipasha Hayat and producer Faridur Reza Sagor in attendance. The film stars Shahiduzzaman Selim, Shatabdi Wadud, Mosharraf Karim, Abul Hayat, and Fazlur Rahman Babu in important roles. 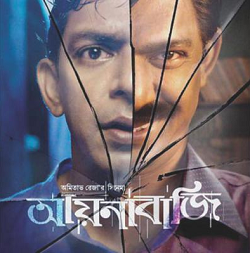 On the other hand, Aynabaji, which was screened at Mardoka Grey Three Hall, is a psychological thriller starring Chanchal Chowdhury, Nabila and Partha Barua in the lead roles. It shows the life of an actor named Ayna who can morph into any role. One of the crucial aspects of this film is the dark side of Dhaka’s metro life.