On the 30th November 201 , the opening day of COP 21 , the General Secretariat in charge of preparing a global performance COP21 organized an international event under the theme " Urban Art and climate". The participating countries proposed an artistic event related to climate change.

Following that day, the collected videos were edited into a movie projected on the Paris site in the "Climate Generation Area" during the " Action Day" , on 9th December 2015

"The idea of the performance was to show that pollution is the result of the “Hand of man”, here represented by a Western man (during the last century, West has been polluted the rest of the word) who holds in his hand a black dripping paintbrush like fuel, oil (cargo ships can be seen in the background of the video). The adjacent idea lies in the fact to cover a block of ice which by definition is vain, because it does not cling and it is ephemeral. This metaphor shows the quick passing of time and point out the message that it is urgent to act taking concrete actions. Because, it is the principal illustration of our performance that we tried to show, the block of ice, so powerful it appears at the beginning from a rise of 80kg, melts at an unbelievable speed. And the global warming (the Bangladesh is wearing swimsuit) generates sufferings (Apu suffers on this block of ice which, paradoxically…burns him). At the end of the performance, nothing has been done because the ice continues to be covered in black color. The impact is clear and striking : the disappearance of the man dragged along and dagged into his own ruin, leaving a landscape with an empty beach".

by Apu Dhar and Erwan Péron 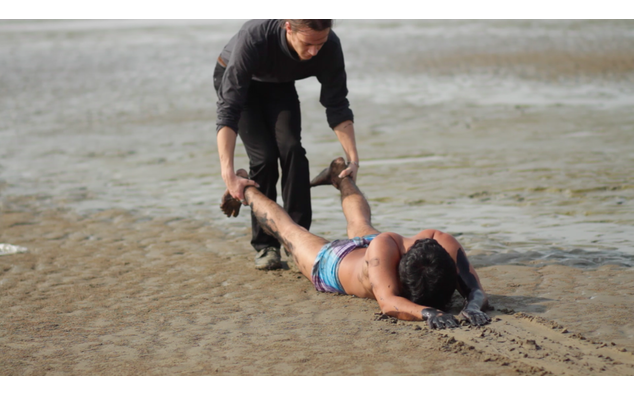 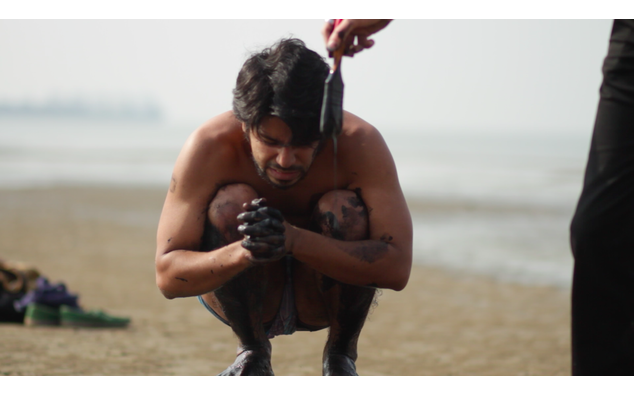 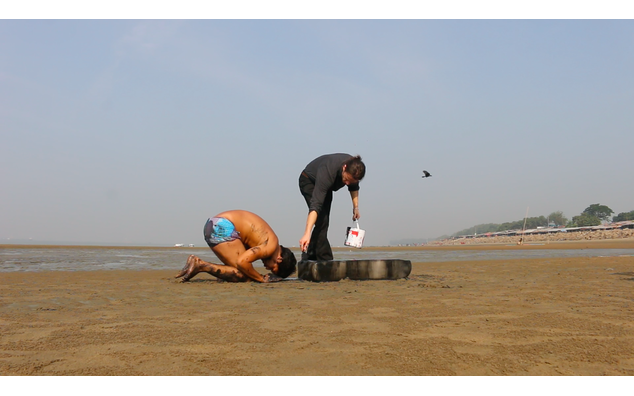 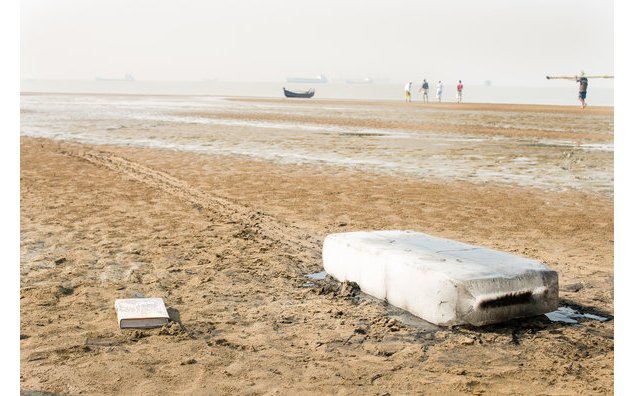 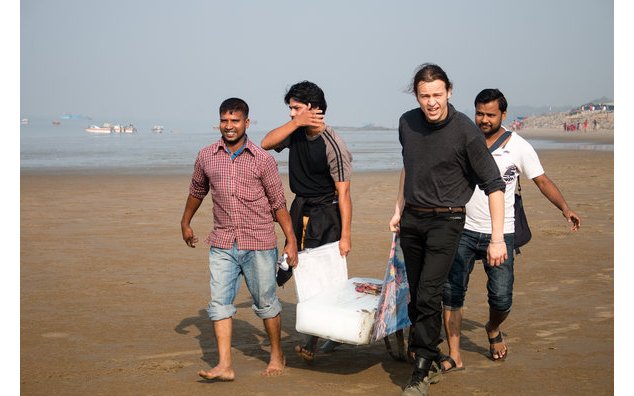 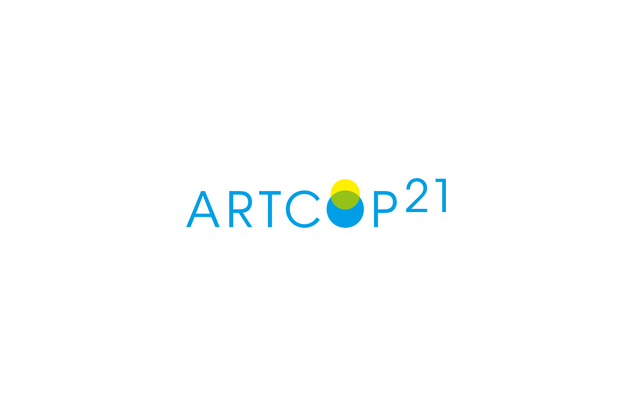